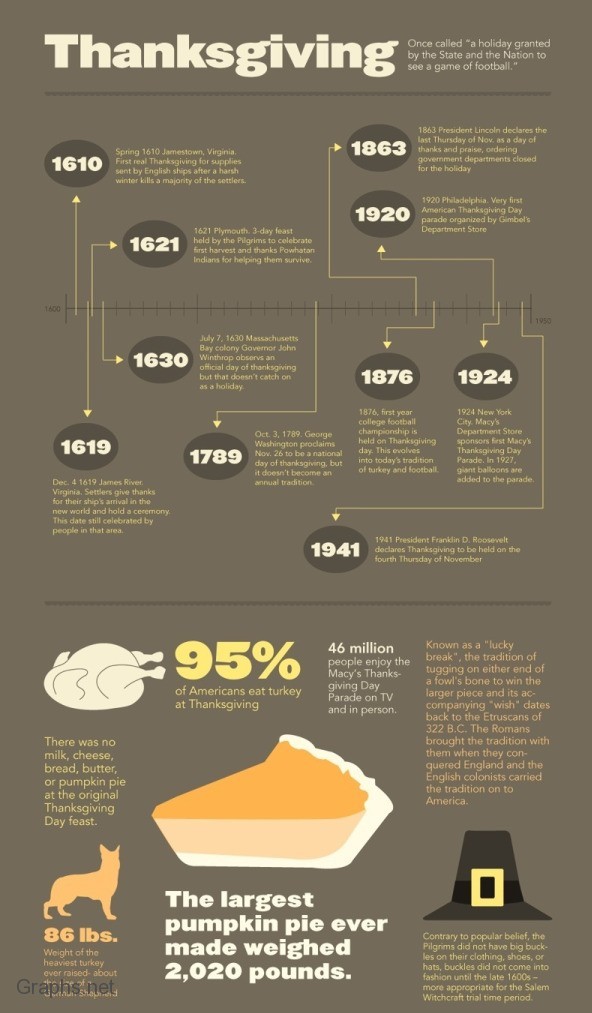 On thanksgiving day, a 16lb of turkey will cost about $22.23 and an estimated 2,000 thanksgiving fires will result in a property loss of worth $ 21 million. An individual will consume about 230 grams of fat in an average thanksgiving meal and a person need to walk for 30 miles to burn off the calories gained from the thanksgiving meal. 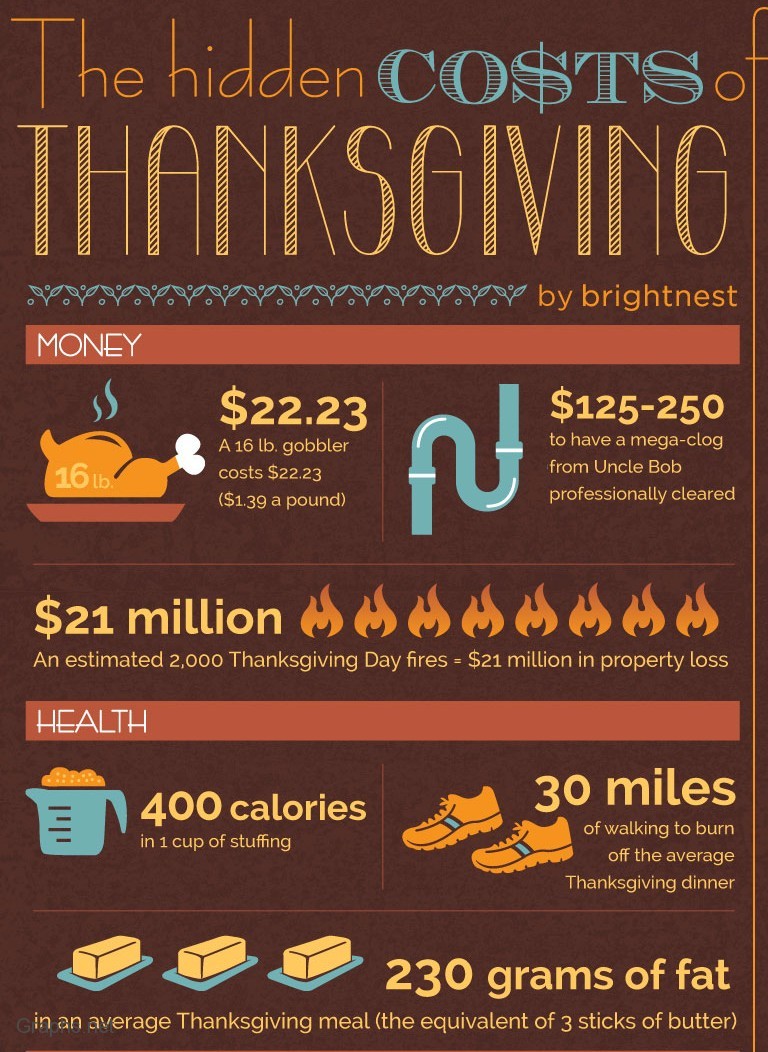 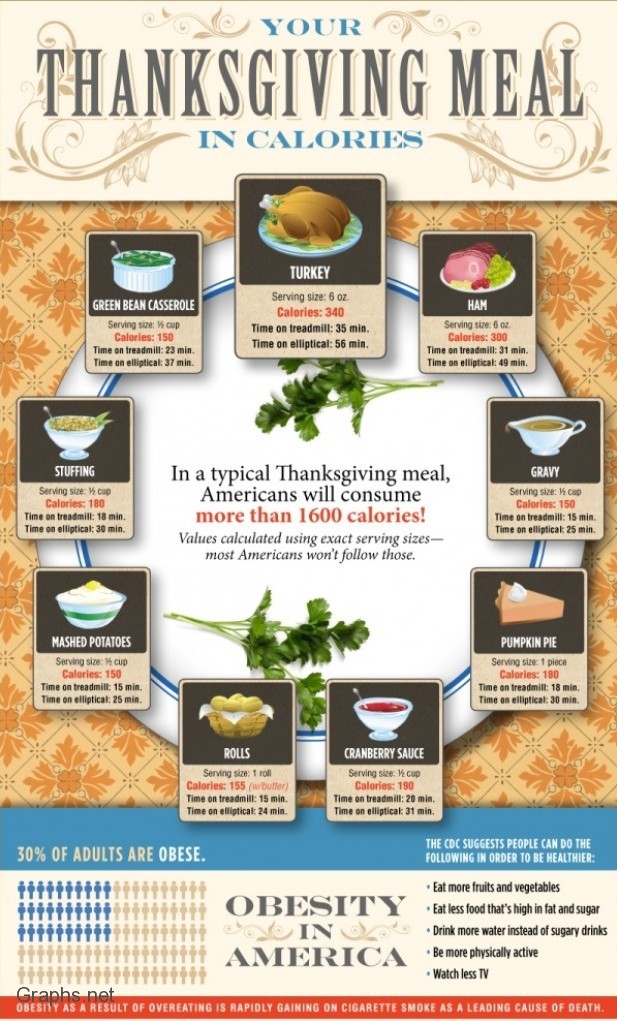 Tips for safe health on thanksgiving:

On an average, thanksgiving dinner includes 3000 calories and 229 grams of fat. By switching to few traditional foods, you can cut down the amount of calories. Try to eat fruits and vegetables before getting to the thanksgiving table and exercise early on the next day to stay healthy. 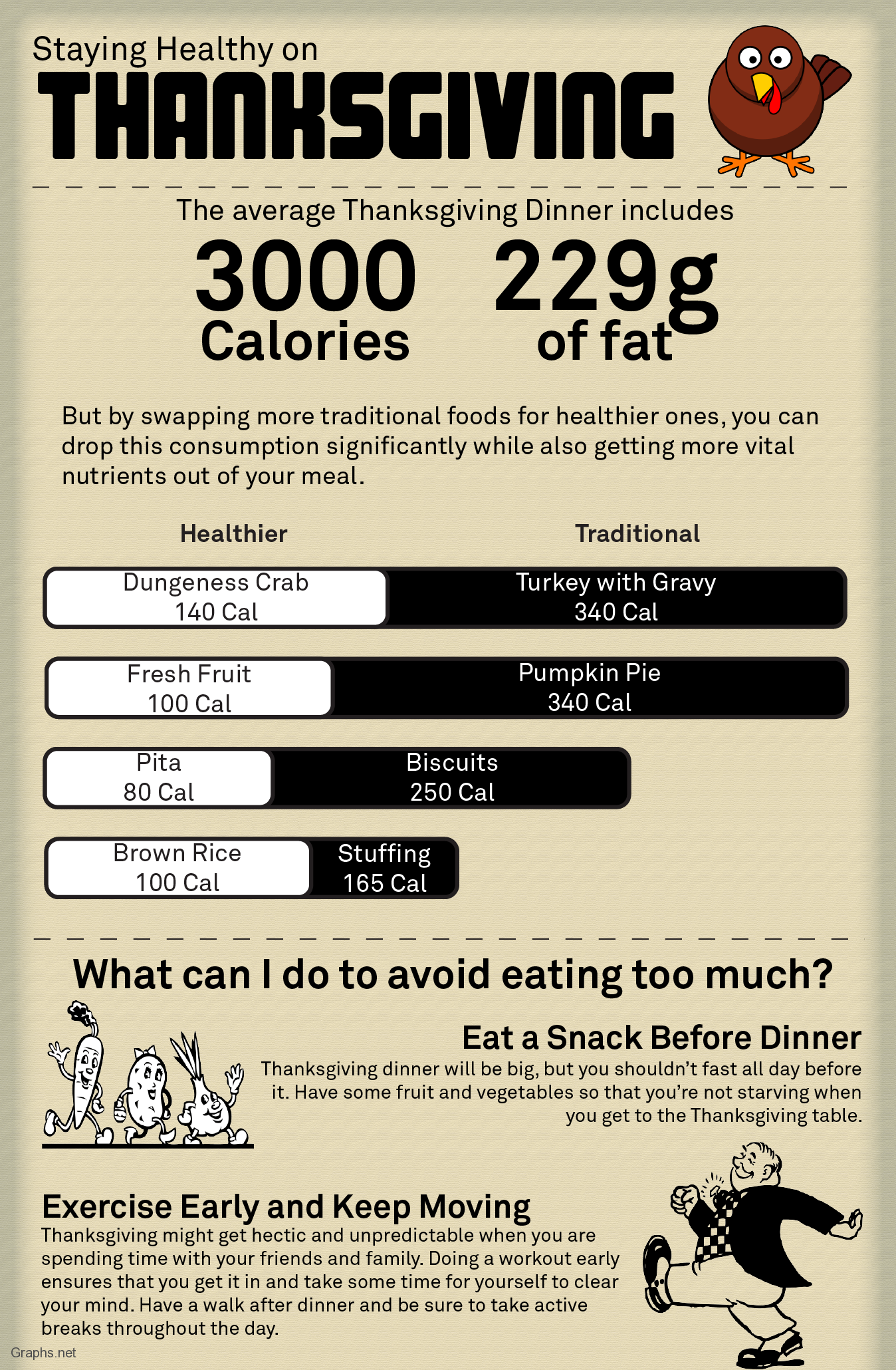 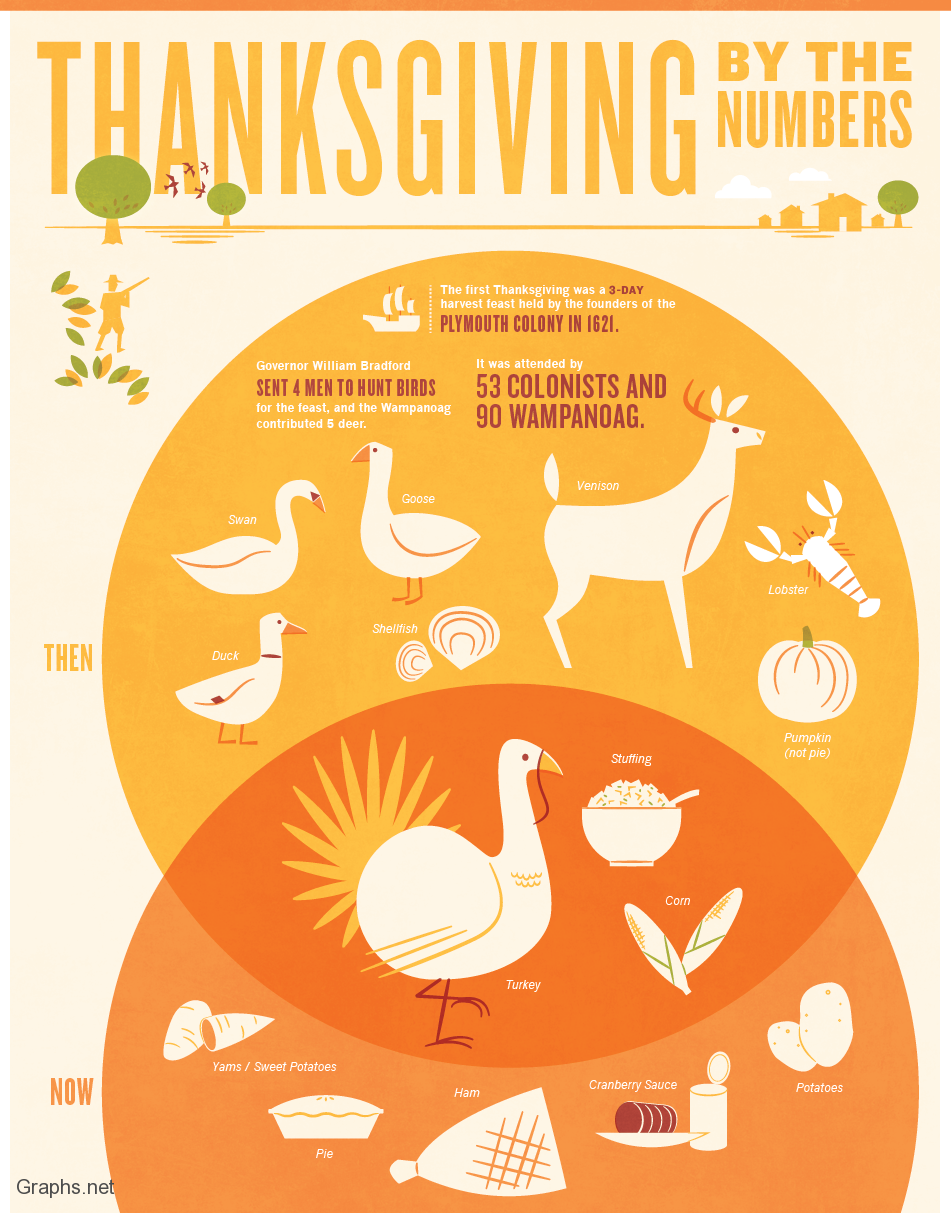 Hispanics have created their own menu to serve at the thanksgiving day. Few items that are to served at the hispanicized thanksgiving include lavohcon, sucking pig, tembleque, apple chorizo stuffing, fostones and galabaza en tacha. 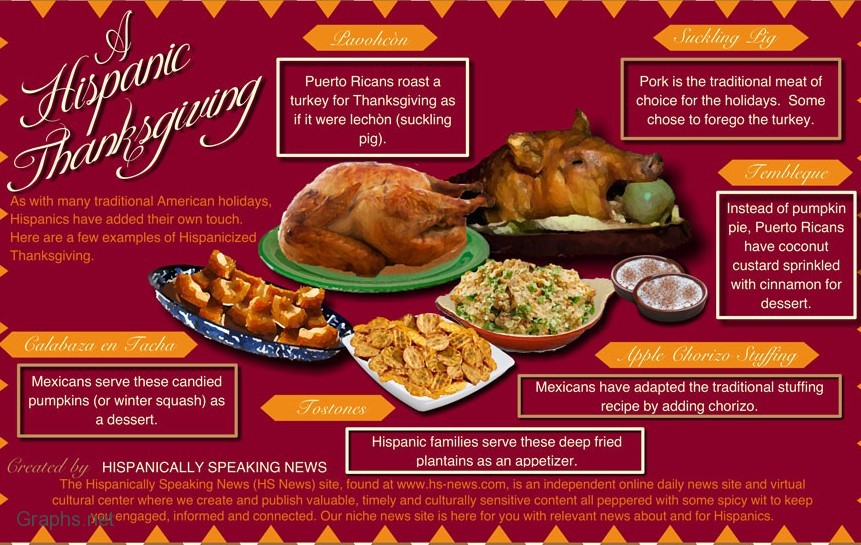 For the year 2012, Publix market and whole foods market with 1.2 million fans and 1.2 million fans are at top position in the Facebook analysis. Based on fans actions on Facebook wall, publix with 52% takes major share on the social pie.